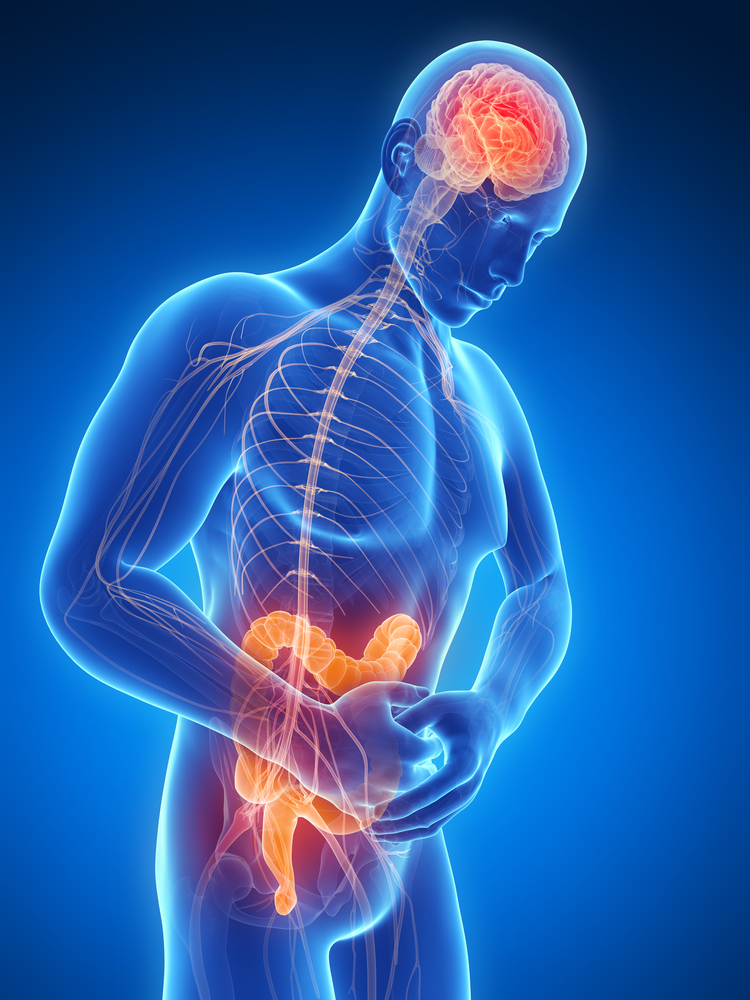 It is usual for Costa Ricans to call irritable bowel syndrome “colitis” we also call it spastic colon, irritable bowel and we cannot forget the term of traditional folk medicine: “la pega”.

When a condition is so well known and has so many names, it is because it is so common. It represents the main reason patients visit the gastroenterologist. It is a disease that affects many people and affects their daily life in an important way.

The main feature is abdominal pain, which is accompanied by a change in intestinal habit. The patient has a change in the frequency or texture of the stools (harder or softer, more frequent, or less frequent). It is usual that the patient is relieved by defecation, abdominal distension, and other associated symptoms. On the other hand, there are symptoms that are worrisome and that cannot be explained by an irritable digestive system, symptoms that should alert us to other potentially more dangerous diseases. These symptoms include weight loss, rectal bleeding, fever, onset in older people, marked lack of appetite, and nighttime symptoms. People with these alarm symptoms are usually ordered lab tests and often have a colonoscopy.

This disease is more prevalent in women than in men, and it is also more common in young people. The best thing in irritable bowel is to come to the consultation directly to evaluate all the symptoms and provide treatment, especially in those under 40 years of age who do not usually require a colonoscopy. To those over 45, on the contrary, we usually recommend a colonoscopy, since it generates the peace of mind that the patient does not have a malignant tumor as the cause of their symptoms.

Symptoms are often associated with food, so it stands to reason that diet is an important part of treatment. Multiple diets have been tried and most without achieving the expected results. The diet that is showing results in about half of the patients is the FODMAP diet, which removes most of the fermentable sugars from the diet.
This results in less gas being generated. However, this diet is quite restrictive and should be used for short periods of time with strict nutritional support. Medically we use antispasmodics, which are drugs that act on the smooth muscle of the intestine, relax the intestine and thus relieve pain that is often due to spasm or distention.
There are many antispasmodics on the market with some well-known brands for many years. Sometimes you have to intervene on the intestinal microbiota (bacterial flora). A probiotic can be administered that introduces a beneficial organism into the intestine or rather antibiotics that eliminate excess intestinal bacteria. Although it seems contradictory one therapy and the other, both are effective depending on each case, and sometimes both are used in a single patient.
As we mentioned, patients with irritable digestive system have diarrhea or constipation. Depending on the symptoms of each patient, some treatment is usually given to counteract either of these two symptoms (fiber, osmotic laxatives, bismuth, or loperamide). Prokinetics are occasionally used to command bowel movement and this can be beneficial.
More complex cases must be managed with neuromodulators. These medications were traditionally called antidepressants and many patients are surprised because they know that they are not depressed and there is also a social stigma with the use of this type of medication.
The fact is that these drugs have so many beneficial effects on the nervous system and that they are not simply against depression, led to the change of name to neuromodulators. Neuromodulators act on neurotransmitters, and the intestine is full of neurotransmitters, which are these substances that transmit pain.
Neuromodulators increase the number of neurotransmitters that do not cause pain and decrease those that cause it. In the brain this causes us to feel happier and less anxious, and in the gut, it causes pain relief. This is why neuromodulators are very effective in the irritable digestive system even though there is no exaggerated stress, depression, or associated anxiety, but if we also have these problems (which usually coexist) we have a double benefit.
As you will see, the irritable digestive syndrome is a disease that, although common, is chronic and complex, frequently requiring it to be managed by a specialist in gastroenterology.

The prognosis of the disease is totally benign, it does not cause mortality in patients. Although it does cause many days of disability and psychological affectations for the patient who frequently feels bothersome symptoms.